There was no nudity in Uncut Gems. Julia Fox has a pretty hot scene in her lingerie just over half an hour into the film however.

There also wasn’t any really nudity in Waves. Just over 100 minutes in, Taylor Russell is lying on a bed during a sex scene. Taylor is topless but covered by a guy on top of her and a blanket. Eventually the blanket moves briefly and you can see most of her right breast. The scene is pretty dark however and it seems one of the tassels attached to the end of the blanket covered most of her nipple.

Chelsea Rendon booked a recurring role on the upcoming season of Shameless. No nudity from her in two seasons of Vida, so I wouldn't count on any here, but one can hope. Know anything about this, Rec? (Her character's name is Anne.)

@zvereva she might be a love interest for Lip or Carl, or, ugh, "Debs". Certainly not Frank, lol. We know pretty much from prior seasons that virtually any girl that Lip gets with will show "something", even if its butt or sideboob. Now that Fiona's gone, someone has to hold down the nudity!

Anyone know if Charlotte Best shows anything in A Name Without A Place? Trailer looks promising. There's an early screening today in SLC and a short theatrical release later this month.

Any word Sweetness in the Belly? Dakota Fanning's character's sex scenes are internal to the book's story.

So you're telling me there's a chance...

In German TV Movie "Der König von Köln" trailer (available on Das Erste website) I found a sex scene with an actress. Is she Katrin Rover?

There is talk of some explicit stuff at Venice in the film The Painted Bird. Anyone seen it?

And it's not really from the cast, it's from female extras. Not sexy in anyway. I wish I didn't see the movie though, it's so disturbing and violent and gross... It's gonna give me nightmares for years!

There's nudity from some of the female cast but most are in rape/torture scenes.

Did anyone mention the possibility of a nude scene from Sarah Bolger in A Good Woman Is Hard to Find? It was shown in Fantasia and Frightfest

Reviews mentioned the film opens with a shower scene for Sarah - that does not include gratuitous nudity. Make of that what you will.

Thanks. I'm seeing it at Monster Fest next month so we'll see

The weird thing is J Lo keeps saying how nervous she was stripping and wearing a thong. I mean isn't that what she's been doing this whole time? Anyway if any of the main cast does end up showing something maybe Madeline Brewer.

And none of the female nudity is going to be the main cast....waste

Agreed although not a total surprise considering it's a Hollywood film starring one of the biggest cock-teases in J-Ho.

for Zvereva mostly - confirmed nudity from Jessica Barden in "Scarborough"

Thank you!!! Definitely sounds like it's going to be worth the wait.

A few TIFF films that could be interesting, mostly with lesser-known actresses:

Mrs Fletcher - not a film, I know - but it’s been rated 18A so I’m hopeful of some good Kathryn Hahn scenes.

White Lie - Kacey Rohl, Amber Anderson - rated 18A - they play lovers, there’s a quick glimpse in the trailer of them In bed.

Several other films with rumoured or confirmed nudity on the list that will have already premiered at other festivals.

Can we tell Michael Winterbottom to also screen the 9 Songs version with the deleted hardcore scenes while he is there?

There’s a more graphic version than the one that was actually released? That’s quite a feat.

I had forgotten all about Kacey Rohl. She was beautiful as hell in Hannibal.

I'm hoping for some Casey Wilson in Mrs Fletcher. I'm fairly certain we will probably get stuff from Kathryn Hahn with the subject manner plus she hasn't been shy in the past.

Blow the Man Down with Morgan Saylor & Sophie Lowe has also been rated 14A, as well as The Obituary of Tunde Johnson with Nicola Peltz. Neither look particularly likely to me, but it's nice to have our options open.

Could there be nudity in Human Capital? It’s going to be shown at TIFF too if I’m not mistaken

It's rated PG on the TIFF site.

It's starting to feel like Holliday's done with nudity. She's done some projects recently where she could've gone nude and she didn't. Bummer

Any idea when we might expect to hear details about Netflix’s The Witcher series? I’m as excited just to get a legitimate release date as I am to learn how they are handling the stories’ sex and nudity.

According to some Netflix executive, it might premiere in October.

Netflix saying he’s not one of theirs and the info is wrong.

Didn't recapped say it was premiering Dec 20th? If so details won't be coming for a good while yet, presumably...

I'd rather they do it well then fast... Altered Carbon S1 took more then 2 years to finish... and i say it was well worth the effort! Not just nudity wise , the S1 was awesome in itself...

@DaTroll1941 so are we waiting on another 2 years for Altered Carbon S2? 🙁

Other than the ending of course

Sex and nudity in this trailer. Movie is called "Czarny Mercedes". Premiere in October. I can't find the link in yt so theres only this "polish imdb" site.
https://www.filmweb.pl/video/Zwiastun/nr+1-51222

Hey gang, longtime reader first time commenter- I remember a clip posted in comments I want to say earlier this year but despite lots of searching was unable to find it or identify the film/actress: it was a European film that showed a dude in the shower being surprised by a beautiful woman who the body language/covering up by him implied was a friend/not a lover, and then she enters the shower, smiling, full frontal, and just starts to wash up, seemingly oblivious to the guy’s panic/horniness...of course they end up having sex with her pressed against the shower glass. It was a great scene, I’ve just been unable to find it. I totally understand if I need to delete this comment, just figured I’d give it a shot. Thanks a bunch, love the site.

YES, that is 100% what I was thinking of- thank you SOOO much, Day has been made and you are my hero!

is there any nude scene of Nina dobrev in lucky day?imdb pics looks promising..

Wasn’t there a trailer for that movie that showed a sex scene where it was only her face and you could briefly see a bra strap on her shoulder?

I saw the Midsommar Director's cut released for a short time (1 week?) in theaters, mostly in AMC's. It's about 20-ish mins longer, makes more sense, w/ some important scenes (If you enjoyed the theatrical). The HIGHLY SPOILERY trailer (linked below) seems to imply much-more sex. It's maybe a few alternate angles and a few additional seconds. There is a close-up side-shot of him inserting his penis into her, (no genitals seen, ..duh) which I can see why it was cut to avoid NC-17. Worth it if you like the movie, not that worth it to go and see it again. Wait for home video.

Are there any bush shots from Isabelle Grill in the added shots?

@tubwheat sadly, no. If anything the sex scene feels shorter? But more explicit..

Further evidence of potential in König der Raben / King of the Ravens by Antje Traue (faora in man of steel). 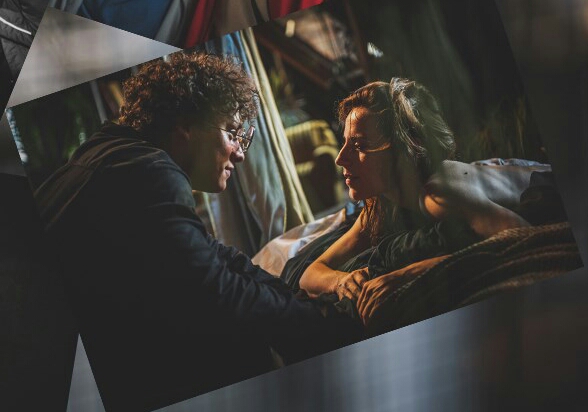 She’s not getting nude. Plenty of opportunities recently and nothing.

Well, I have zero expectations about that. In Dark season 2 she should have had a sexy scene, but there was nothing to see. In "Das Ende der Wahrheit" she had a cover sex scene. In "Die Freundin meiner Mutter" she had a sex scene, where she was wearing bra. So, I think they will cover her under the blanket, or she will wear bra, or pasties, or they will cover her nipples... 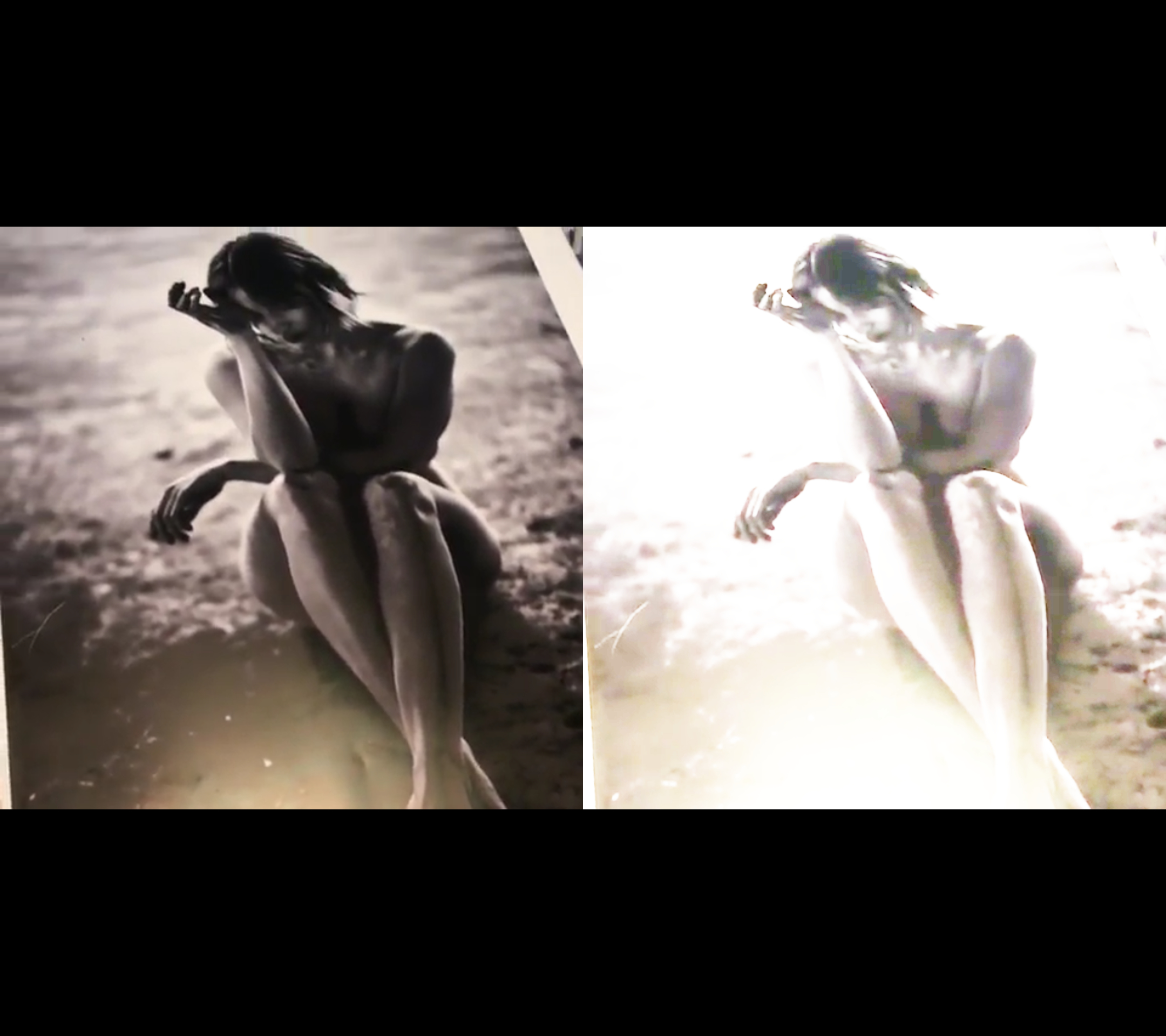 Indeed she's covered in this frame... We can only wait for Recapped, maybe they have more informations...

Anything from sabrina carpenter in tall girl? I’ll be fine with a kissing scene

What's everyone looking at from TIFF? I didn't recognize a lot on the schedule and only thing I saw that probably will/I'm hopeful it has nudity was Mrs Fletcher.

hoping for Brooke Lyons (Noah's assistant from previous seasons) nudity, but not holding my breath. She even calls him a scumbag or something in the trailers. 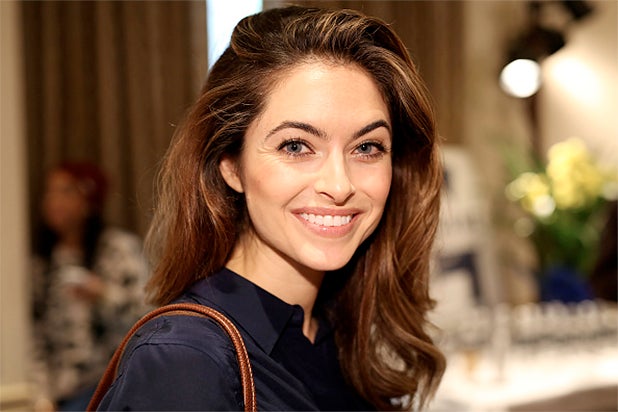 My question was about 'The Affair' S5. Ok well, thats not a good pic. Here's another

I remember her. She was in that Welcome Home Roscoe Jenkins movie as Mike Epps' girlfriend. She's cute as fuck.

Supposedly this is the last season for The Deuce? A shame if so, I love this show.

So guessing next episode is the one with the Julia Goldani Telles sex scene that was mentioned earlier. The nudity warning is a good sign.

@sully Anna Paquin gets naked (and probably raped). If Juliana Goldani Telles gets naked also in the same ep... bonus!

My bet is that God show is mostly going to showcase Beth Ditto for nudity.

That's too bad about Sabina Gadecki. I guess we should be grateful that we got to see her in Entourage, but still.

I've had my fill of Gyllenhaal...pass

Fine, more for me.

o hell yeah...on both accounts but its been a while for shailene, fell in love with her body in white bird in a blizzard.

Any more info on Kristen's Scene?

How explicit is Shailene Woodley's scene?

No ass nudity ?
Topless nudity is always welcome from both of them, but bottom nudity would have been exciting.

No ass from Kristen, just a few topless scenes. Not sure if its worth describing seeing as its nothing new.

Now it's premiered at Venice, anything in 'Joker'?

Saw the movie, no nudity from anyone. The sexual Images tag refers to pictures from the Joker's journal.

So does he ever look like the real Joker at all, or could they have called this movie Clown?

There is no single interpretation of the Joker. He had long hair in The Batman (animated TV show), and I don't think he ever looked like Ledger's Joker before Ledger's Joker was a thing. They change it up all the time.

What do you mean by "the real joker"? He looks quite real to me

He looks like a guy in fairly typical clown makeup, which is not Joker. Look at Joker, where does he ever look like that?

The rated 'sexual images' I think are from his diary. Zazie Beets' character received the most changes from script to screen while shooting, as they mentioned in the press conference yesterday, so the chance of seeing 'nudity' from her was lost there most probably. Though someone who went to Venice needs to confirm if there's something still in it, or we'll have to wait until the TIFF screenings.

Is this the Julia Fox from movie Recapped? If so she is smoking. I loved Good Times so I'm excited to see Uncut Gems even without nudity. She looks like the woman who was the Doctor in Stargate SG-1 (Teryl Rothery).

Where are these pics from?

@thrillman her stint in Playboy

This needs to be forwarded on to some casting directors ASAP. She needs more work.