Britt Robertson has several nude scenes in Undiscovered Gyrl. Around 30 minutes in, Britt is shown having sex with Justin Long missionary style. As Justin thrusts, you can see Britt’s left breast under his arm. The scene is shot overhead and is very, very dark. Near the end of the movie, Britt removes her robe and gets in the bath. The scene is shot from her right side and we see her right breast and ass. Britt is also shown taking two bubble baths and you can very briefly see a bit of nipple in both scenes.

In addition, Britt is also in her underwear in several scenes. One scene in particular has Britt breathing heavily while wearing a lacy red bra that is somewhat see-through. Britt also has a sex scene with Max Carver where you see lots of sideboob. And lastly, there’s a scene with Britt curled up naked in the shower but you can’t really see anything.

Gia Mantegna isn’t in the movie much but she does have a nude scene. About 20 minutes in, Gia is topless as she walks into Britt’s room. The shot is somewhat out of focus but you do see Gia’s face and breasts. Gia is then asked to put some clothes on and we see Gia grab her boobs and cover her nipples with her fingers.

That may well be a body double in that scene, just saying.

http://photos.britt-robertson.com/thumbnails.php?album=606 - some LQ screencaps from undiscovered gyrl (now ask me anything) - there are a couple from the robe scene mentioned

just right breast ,shot is too far. I'm very disappointed. but,when can we see the video??

Any screen caps of britt robertson anywhere, im dying to see her naked.

I saw the new trailer for Leftovers. Any news regarding this show? More specifically is there any hope for more Liv goodness??

Anything from Kristen Stewart in Clouds of Sils Maria or Annie Clark in Teen Lust?

Any info on Californication? Been a bit of a disappointing start compared to the show's usual standard.

What about hanna verboom in gone back?

Hanna is just about as big a nudity dodger as they get. Would be highly surprised, but extremely happy if she finally got her clothes off. She has been my favorite Dutch girl for years...

Gaia Weiss on "Vikings" is one of the most gorgeous new-comers in recent memory. What more should we expect from her on the show?

Hey man, I saw you asking about this a while ago and today I was searching if Gaia had a nude scene in the uncut version of Vikings - I think it's broadcasted in the UK. So, here it is: 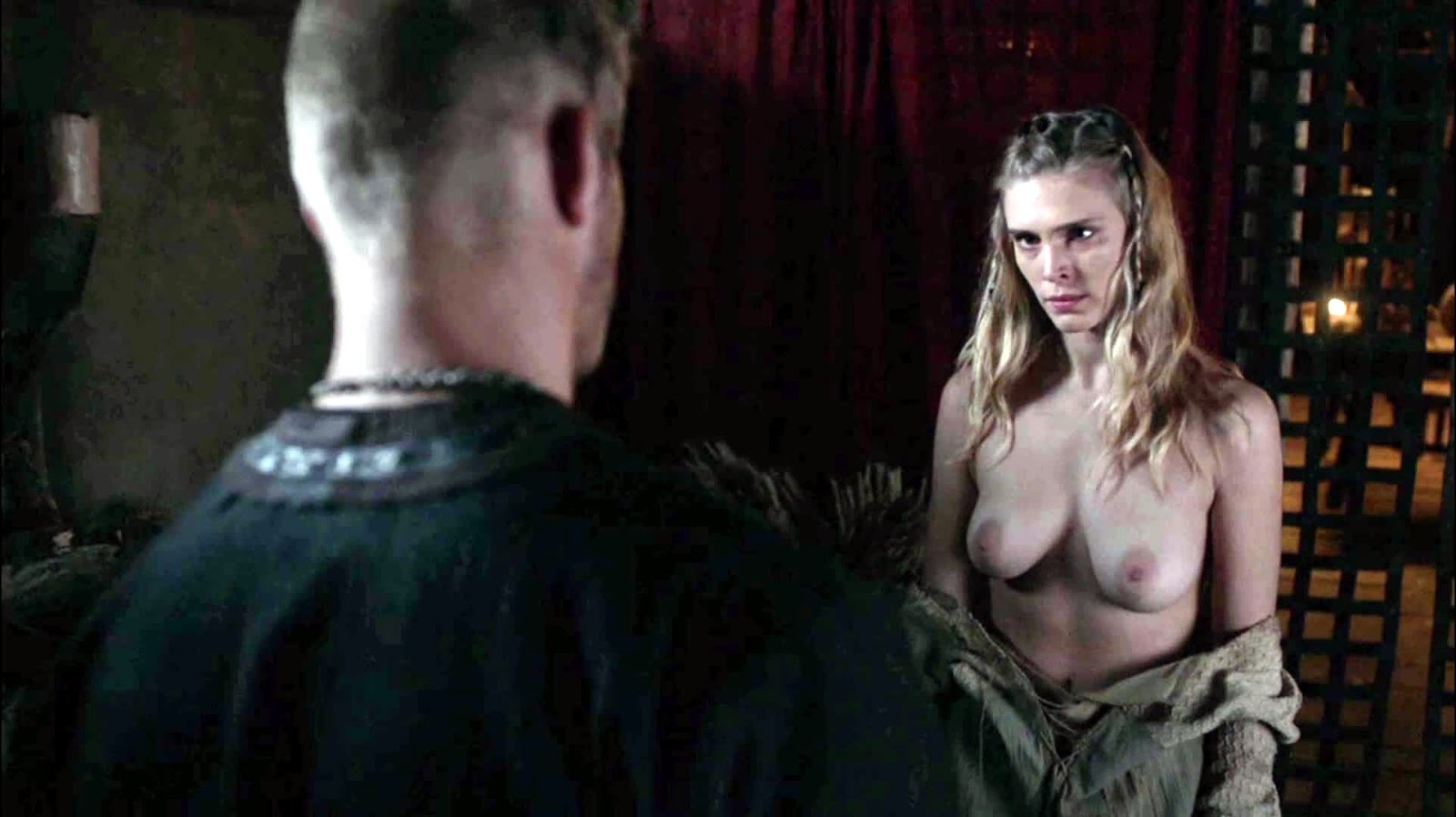 There is also a scene in the episode number 9 in which she goes have a sea bath, but I couldn't find anything so far.

What about Ashley Rickards in Behaving Badly?

what about emma rigby in plastic? isnt the movie out in like 3 days and still no news??

What about Lily Collins this year?

Yeah man what about Lily Collins in Love, Rose?

Lily Collins upcoming nude????? i can not believe it

Hey have you heard anything about Anna Torv in Open?

They have hired body doubles for the pilot episode according to a casting call, so unless it gets picked up to series probably no new news.

I second that question. She is beautiful! As an Aussie she shouldn't have many qualms about nudity and it would advance her career but we'll have to see!

is there anything about THE EQUALIZER?

Anything on Penny dreadful looks promising, it starts soon

Eva Green is naked on episode 5, at least.

any description on the scene ??

I have just seen the opening episode of "Penny Dreadful" and can report there is no female nudity in the episode. Frankenstein's (male) monster is nude in the episode!

Very, very promising show. Green and Dalton are especially excellent. Hopefully the show won't disappoint (and hopefully we'll get to see a LOT more of the beautiful Eva)!

Darn, too late. Hopefully it's graphic. Any other nudity earlier in the season?

any news on Regression?

why is that when she turned 18 lol

Holy crap Britt Robertson AND Gia Mantegna!!!!! I've been hoping for both since Life Unexpected and Unaccompanied Minors! Thanks so much!!! (and for the pics of ScarJo 🙂 )

Finally! Thank you for the update on Britt Robertson!

Finally man thanks for the detailed review. That's awesome!!!

When are they planning the release?

Any possibility of nudity from Milana Vayntrub in Californication?

I third this inquiry, but we'll know soon enough. If Showtime keeps putting the episodes on demand a week in advance, the one with Milana should be available tomorrow night.

I'm not seeing it posted anywhere so I'm guessing no luck on Milana Vayntrub. Oh well. Always next time!

She will be in one more episode at least - she's playing an actress for the TV show hank is making. Californication loves those 'film inside a film' scenarios, like when Addison Timlin showed her boobs to the producers to prove she was willing to do nudity in the fictional film they were making.

No luck with Milana Vayntrub in Episode 4. Was she even in the episode?

I second this inquiry! She's a cutie!